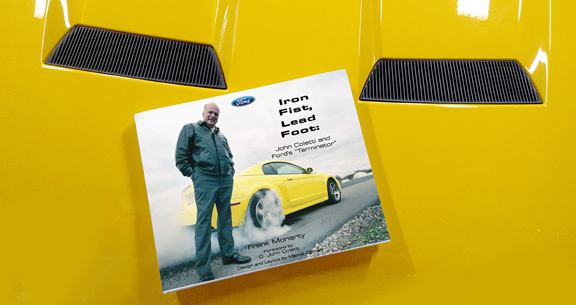 A factory supercharged Ford Mustang had long been on the wish list of muscle car fans, but it took the passion of a single man to make it happen: O. John Coletti. Coletti? That was one name in the Ford Motor Company phone book guaranteed to stir up differing opinions among the huge auto manufacturer’s upper management. Maverick or visionary? Tyrant or leader?

One thing was certain about the mercurial Coletti: he had an unswerving faith in the value of high performance. And after almost single-handedly rescuing the Ford Mustang from discontinuation via a covert, renegade program, Coletti had ridden his notoriety into his own throne within Ford – as head of the elite Special Vehicle Team. But in late 2000, Coletti stretched the boundaries of his own legend, abruptly canceling the division’s highly-anticipated 2002 Mustang Cobra while disrupting marketing plans and enraging SVT’s network of dealers.

This is the untold story of how Coletti’s performance mandate led to the creation of a car known as the “Terminator”, the 2003-4 Ford SVT Mustang Cobra. How did a major American auto manufacturer secretly create a vehicle that turned the performance world on its ear? Iron Fist, Lead Foot takes readers deep behind the scenes for the answers. 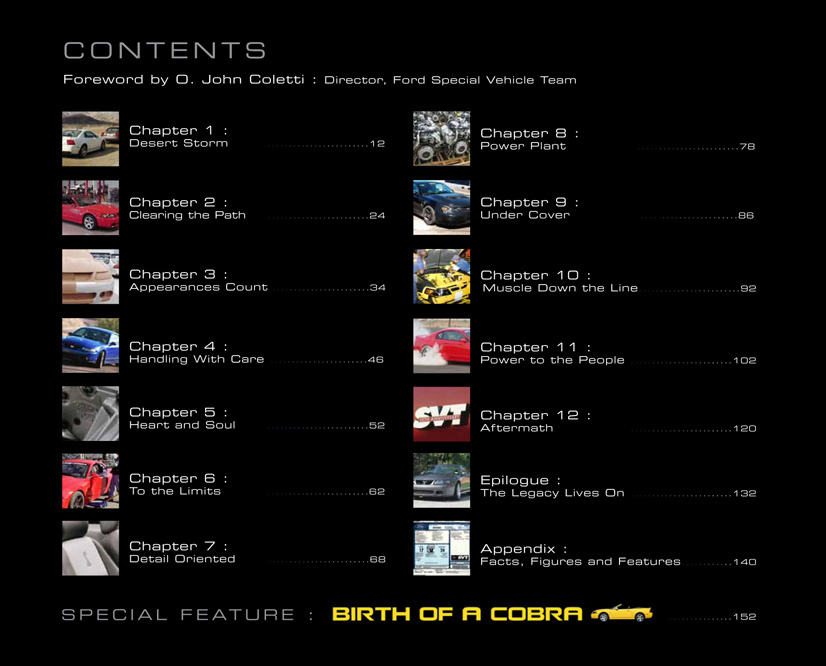